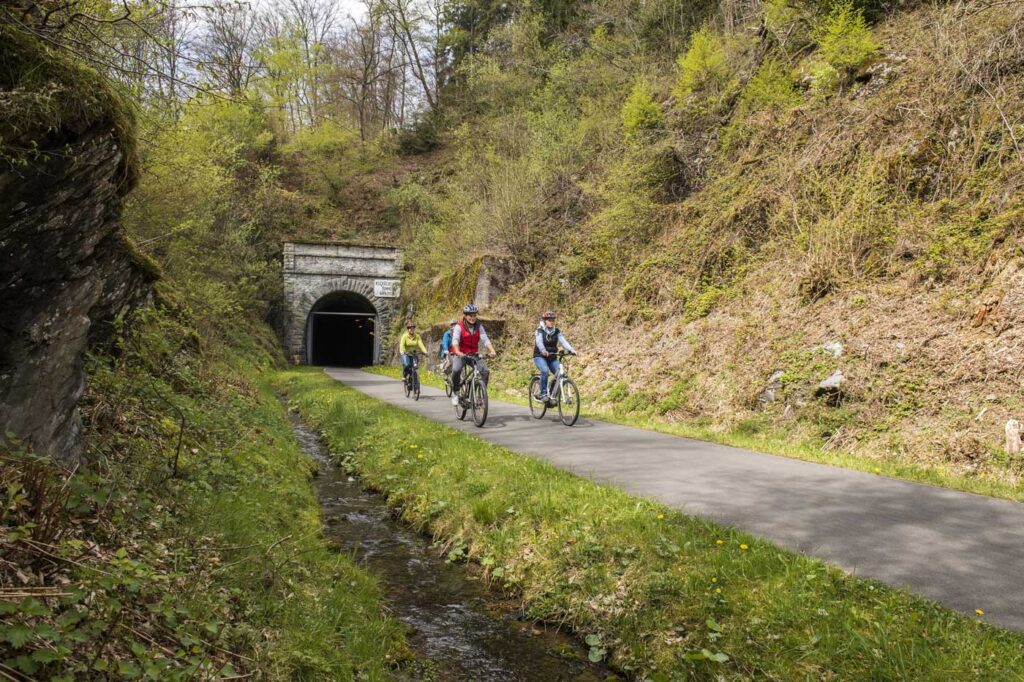 For touring cyclists, the SauerlandRadring as the hub of cycling in the Sauerland is the ideal introduction to discovering the region by bike. Where once steam locomotives puffed along the tracks, today no cyclist can get out of breath. Largely built on old railway lines, it connects the towns of Finnentrop, Eslohe, Schmallenberg and Lennestadt over a total of 84 kilometres and promises cycling fun in the middle of nature.

The Hennesee Loop completes the Sauerland Cycle Ring in the north for a further 40 kilometres and at the same time connects it with the Ruhr Valley Cycle Path. The route leads through the picturesque Wennetal to Meschede, past the Himmelstreppe and back along the banks of the Hennetalsperre to Bremke to the SauerlandRadring.